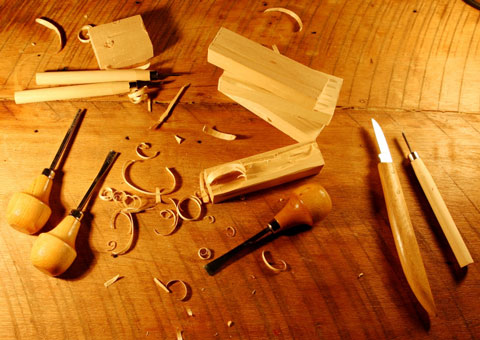 Contact Mike Pounders by email ( m.pounders@comcast.net ) or phone (501-771-1417) for submissions to web site or additional questions.

Been a while since I updated!

The club should start meeting again this September and I will post the date in addition to sending out a news letter. Roger has been quite busy teaching but here is a great video he did.


Hope to see everyone soon!
Posted by Mike Pounders at 8:49 AM No comments:

We carved some of these little Santas at the last two carving club meetings. He's from a Dave Stetson pattern in the winter 2016 issue of Wood Carving Illustrated. Please contact us if you would like to learn how to carve things like these. Thanks for looking! 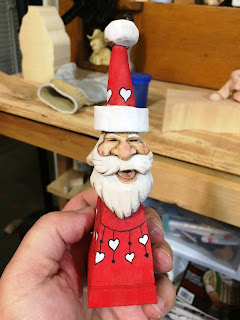 Posted by Mike Pounders at 9:43 AM No comments:

This pack of dogs is from the club's summer project, although there may be a few more still getting worked on! They were a lot of fun, as are all of Tom Wolf's patterns! You can also get rough outs for his dogs from Paige Cartledge at https://www.facebook.com/Tom-Wolfe-Wood-Carver-5342726534…/… . Fred Nahlen is trying to find out how many people would be interested in carving a Mike Shipley rough out of Uncle Sam. It would be a two day weekend class, possibly in January, and would be approximately $20-$25 plus the same cost for the rough out. But he needs to know how many would attend before he orders all the rough outs! Contact Fred at santafred44@hotmail.com if you want to participate or have any questions. 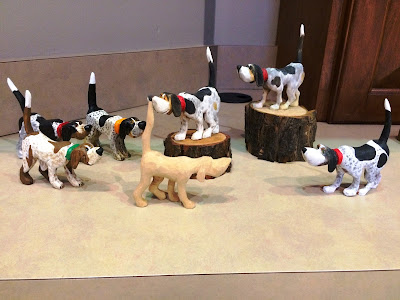 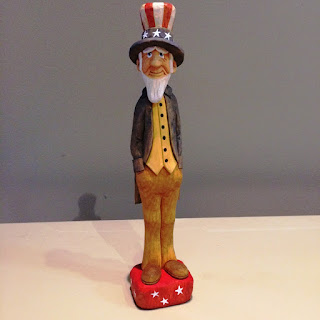 Posted by Mike Pounders at 1:39 PM No comments:

This is an easy little tutorial that helps you make a study stick, progressing through the different steps. It also has you repeat all your cuts for each face, so you get to practice!

Posted by Mike Pounders at 9:52 AM No comments:

The April meeting will be the 16th at the First Christian Church of Sherwood on Kiehl Avenue. Be sure to bring stuff for show & tell, and Roger will probably have something for us to learn about. Roger and Dwayne seemed to be having a great time at the Renegade Woodcarvers Rendezvous in Lebannon, Tn. and they are sure to have some souvenirs and stories to share. We had a pretty good turn out last month and hope we see everyone this time! Here is a video of Roger playing the guitar with "Smooth Eddie and the Roughouts".


Posted by Mike Pounders at 4:53 PM No comments:

Roger Stegall will be holding a two day carving seminar at his shop in Mayflower on Oct.31-Nov.1. Attached are photos of the projects that will be available. I believe the cost is $40 plus the cost of whatever blanks you purchase. The class size will be limited, so sign up early! Call Roger at 501-912-5986 or email him at r-k19@att.net . I hope the club can also meet on October 17 for a regular meeting, but checking on a place to meet first. Will keep you posted!

Here are directions to Roger's house:

Directions: Take 1-40 towards Conway, take the Mayflower exit at light, turn left (cross back over the interstate) to dead end (365) and at light turn left.  You will pass a diner, grocery store, sonic, then turn right at the light (Hwy 89 at the Baptist Church)  Go two blocks, cross the RR track and take an immediate right on to North Main Street (it goes directly beside the RR tracks)  Go about 2 blocks to a large rock sign (Northwoods) turn left in the neighborhood, take the first left onto Starlite S, the 5th house on the left (red brick). Parking in our drive and on the street. 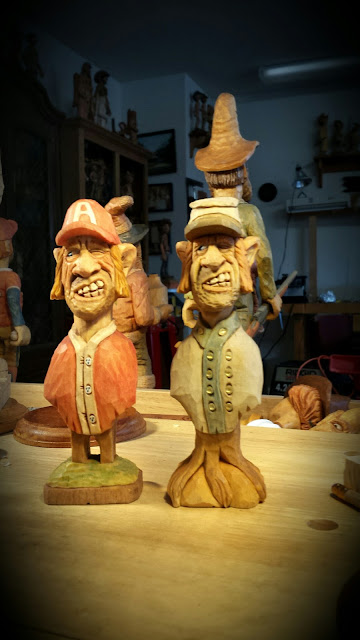 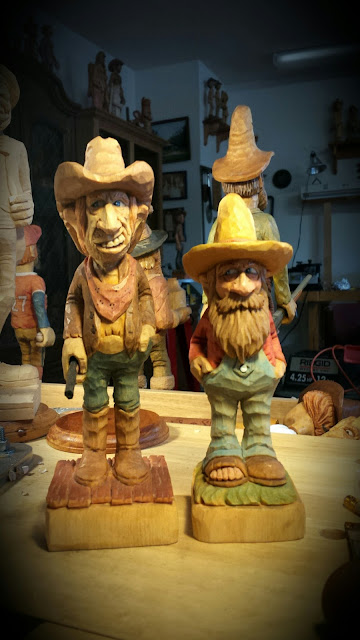 Posted by Mike Pounders at 11:36 AM No comments:

I had a great time in Mountain Home this weekend, despite managing to catch a cold. Roger Stegal also had a table and we both did well in the competitions. We were also surprised to see some other members of the club visiting the show. Dwayne Kennedy, Jay Weaver, and Vernon Driscoll all made the trip up . Roger won four blue ribbons and I know at least two third places, in addition to winning the carving contest on Sunday! Woohoo! I got two blues, three reds, and three thirds, but my little bulldog also got third Best in Show and "Baby Fishing" was picked for the CCA Merit award. So our small club did pretty well! It was a lot of fun to talk with people about our carvings and meet a lot of well known carvers who were there. Adina Huckins was the judge and Sandy Smith and Randy Landen from the CCA were there. We saw Harold Enlow and his wife Elaine, Dale Heinecke and his wife Robin, and Larry Yudis had plenty of tools and stuff for sell. And Roger talked with Mike Shipley a bit! 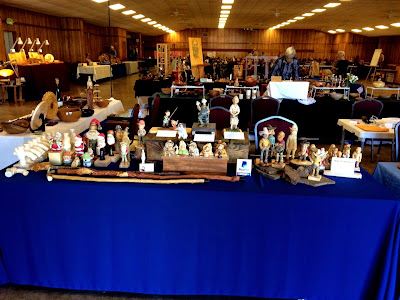 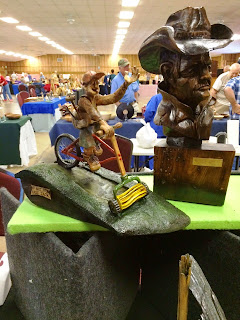 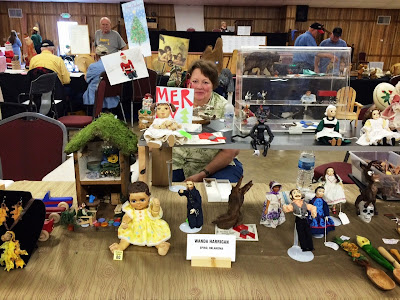 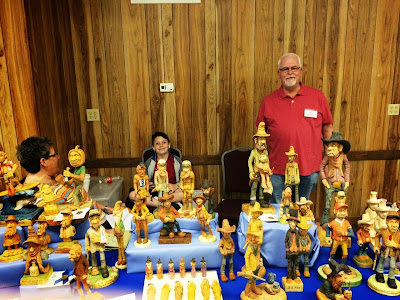 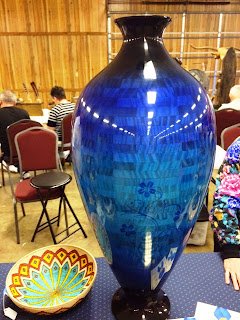 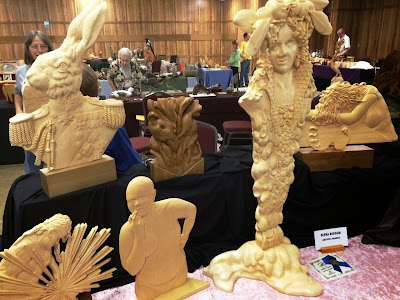 Posted by Mike Pounders at 2:01 PM No comments: